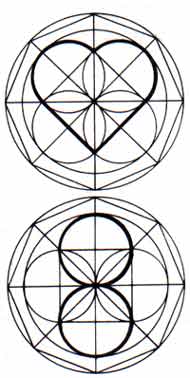 The universal pattern is often viewed from two points of view. The shape of the heart placed upright (the proper way it should be be worn) and with one circle above the other. 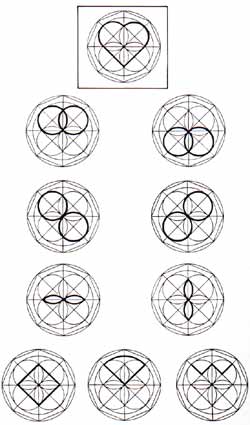 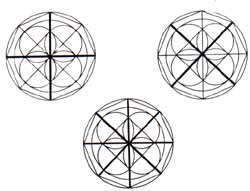 If the "x" pattern shown above was superimposed over the plugs sign, placed on the ground and enlarged. 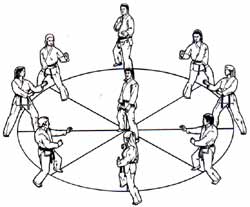 The following patterns on this page stem from viewing the universal pattern one circle above the other. 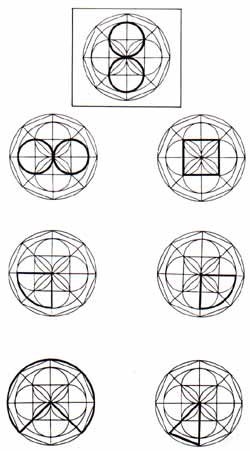 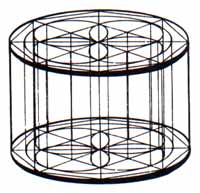 There are many ways to compound the use of the universal pattern. You can think of its use in a tubular fashion as indicated above or view it as two dimensional plane made three dimensional. The variables are endless and it suggested that you use your imagination to think of other possibilities. 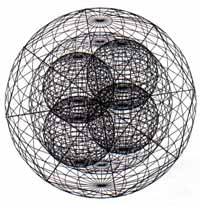 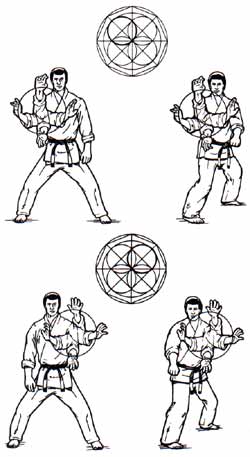 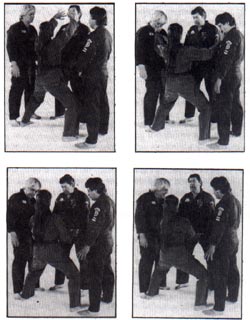